This may be a shock to some, but we’re not alone in this vast, multi-dimensional universe. Call them aliens, demons, extra-dimensional beings, or whatever you’d like, but there are presences out there who have never been human, and who are intentionally malevolent, mischievous, or destructive. When I first started this work, I was firmly against the Christian concepts of “good” and “evil”, and thought it was a false oversimplification used to control people, to humanity’s great destruction over time. I liked the idea that everything in the Universe was essentially loving at its core, or at least neutral, like fire, that could either warm a hearth, or burn your house down. I persisted under this idealistic delusion until I encountered an entity for the first time.

I was in the kitchen in my old house, walking through for a snack late at night, when I began to feel the tingle on the back of my neck that signified a presence watching me from behind. As I turned to face it, this being gave me chills all through my body, not the normal chills of a present human spirit, which at that point I had talked and worked with plenty. This was something else entirely. As I had never experienced anything like it, I was curious and addressed it (big mistake, do not try this at home!), asking who it was and what it wanted. Its tone was sly, and impersonal, and as I tuned into it, I began to feel chilled not just in my body, but to the core of my being.

This entity was vast, cold, dark, and so, well, alien was the only way to describe it, that I began to feel freaked out by it, and I asked it to leave. Don’t laugh, but at that time, I actually kept “office hours” on Wednesdays for spirits who wanted my help, so they wouldn’t bother me at 2am when I was watching Netflix or wanted a snack in the kitchen. While some human spirits could be difficult, as they were desperate to have someone to talk to, they all respected the sanctity of my home and my time, and left when asked. This being did not. It continued to sit there and coldly observe me like I was a lab rat, or perhaps a cockroach, as my anger rose and my attempts to get it to leave increased. I was shocked and incensed that it wouldn’t respect my boundaries, and I began to feel violated by this spiritual intruder, who then followed me to my room. I think it withdrew enough that I uneasily went to sleep, but that night, I had a horrifying nightmare, the first of many, and woke up with a cry, sweating, heart-pounding, and terrified into the dark.

It was the beginning of a sustained attack that lasted months, and made me feel like I was losing my mind, along with my sleep and my well-being. However, it was also the place I really learned to be a spiritual warrior, and discovered all the techniques of shielding and clearing that I use and teach today, so that others don’t have to go through this. It was a trial-by-fire that taught me that the world of spirit was not always a fuzzy, love-n-light kind of place that held my best intentions. Some beings held that. Others really were out to get me, either for their own amusement, or because I had something they wanted. My strongest evidence was that I really didn’t want to believe this, but I couldn’t deny the intensity or reality of my own experience. And as I reached out in my confusion, I discovered that others had similar experiences as well.

Entities are real, and they can cause real damage. If you’re reading this, I’m guessing it’s because you know that on some level, or are wondering if you’ve encountered something. These entities–and they come in all shapes and sizes–prey on human beings and feed off of our energy and emotions, especially difficult ones. Consequently, they often do their best to evoke these emotions in us in order to continue feeding.

People under the influence of an entity may find themselves behaving in ways that are very out of character for them. They may experience intense, negative feelings that don’t seem like their own, including suicidal thoughts, negative sexual feelings, depression, rage, anxiety, fear, despair or other issues. They may feel compelled to act out these feelings, particularly around self-destruction, violence, or addiction.

Someone with an attachment may also experience a sudden onset of frequent nightmares, night terrors, or sleep paralysis, just like I did, 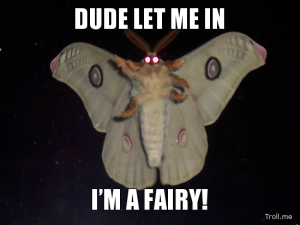 or a host of strange, unexplainable physical symptoms especially around the head/neck or reproductive system (make sure you go to your doctor to check!). You might feel a general creepy feeling around you or in the house. And if you’re sensitive to hearing spirits, lots of entities engage in deliberate deception, trying to pose as benevolent spirit guides (while telling you messed up things), or offering Faustian bargains of gifts in order to let them be near you. In terms of interference, they can also do weird things with electromagnetic stuff, including dropping calls or creating phoneline static or noise, making texts or emails go astray, etc., especially if you’re trying to reach out for help to get rid of them.

I speak of these as attachments because the entity actually attaches a cord or ‘tentacle’ into a person, usually around the head and neck, but occasionally at the root or reproductive system. Like a leech, they use this attachment point to control our thoughts and emotions, drain our energy, and can cause a considerable amount of damage to the person and their energy field, as well as to their relationships if they’re causing folks to act out. 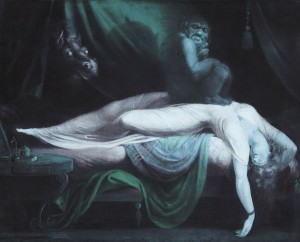 I tend to see attachments at two ends of the spectrum of wellness. On one hand, they often show up in folks who have intense addiction or mental health issues that leave them with a dark or damaged energy field. These folks are often unaware that they’ve been compromised by entities, because they’re just acting out, and are in some pretty dark places. On the other end of the spectrum, I also see attachments in highly-attuned psychics, healers, or sensitive folks with the kind of bright, shiny energy that attracts things on the other side from near and far, like moths to a porch light. These are folks who often have the capacity to see, hear, and feel the entities, which those bullies use to negative effect to evoke the kind of fear and confusion that will make you more susceptible to them. Sometimes folks bridge both sides of this spectrum at once. “Normal” folks in the middle range will generally never attract the notice of these kinds of beings, and will likely think you’re bananas if you talk about it.

Dealing with attachments can be crazy-making, scary, and violating, but there is help, and you can get clear of them. Treatment for attachments usually requires some intensive and sustained work to cut their cords, clear their gunk, and do some deeper healing with a person’s energy body. I also teach people how to shield and protect themselves, and their home from these kinds of beings in future, which folks must be dedicated to doing. The psychological wounds sometimes take longer to heal, as people have often been terrorized for awhile–sometimes years or a lifetime–but learning to claim your power and manage your fear are crucial parts of the process.

While entity attachments are some of the most difficult things we can face in the nefarious realms of spirit, most of them are just bullies, and if they learn you’re not such a target, they’ll seek easier prey elsewhere. Whatever the case, I have worked with many, many folks to clear attachments, and whatever is there, we can get rid of it, and help you shift the patterns that have brought them in the first place. So take heart if you’re dealing with entities: your peace and sanity can be restored again, and I can help you do it.